Vern Gambetta and the functional training at FIBO 2017

HomeVern Gambetta and the functional training at FIBO 2017 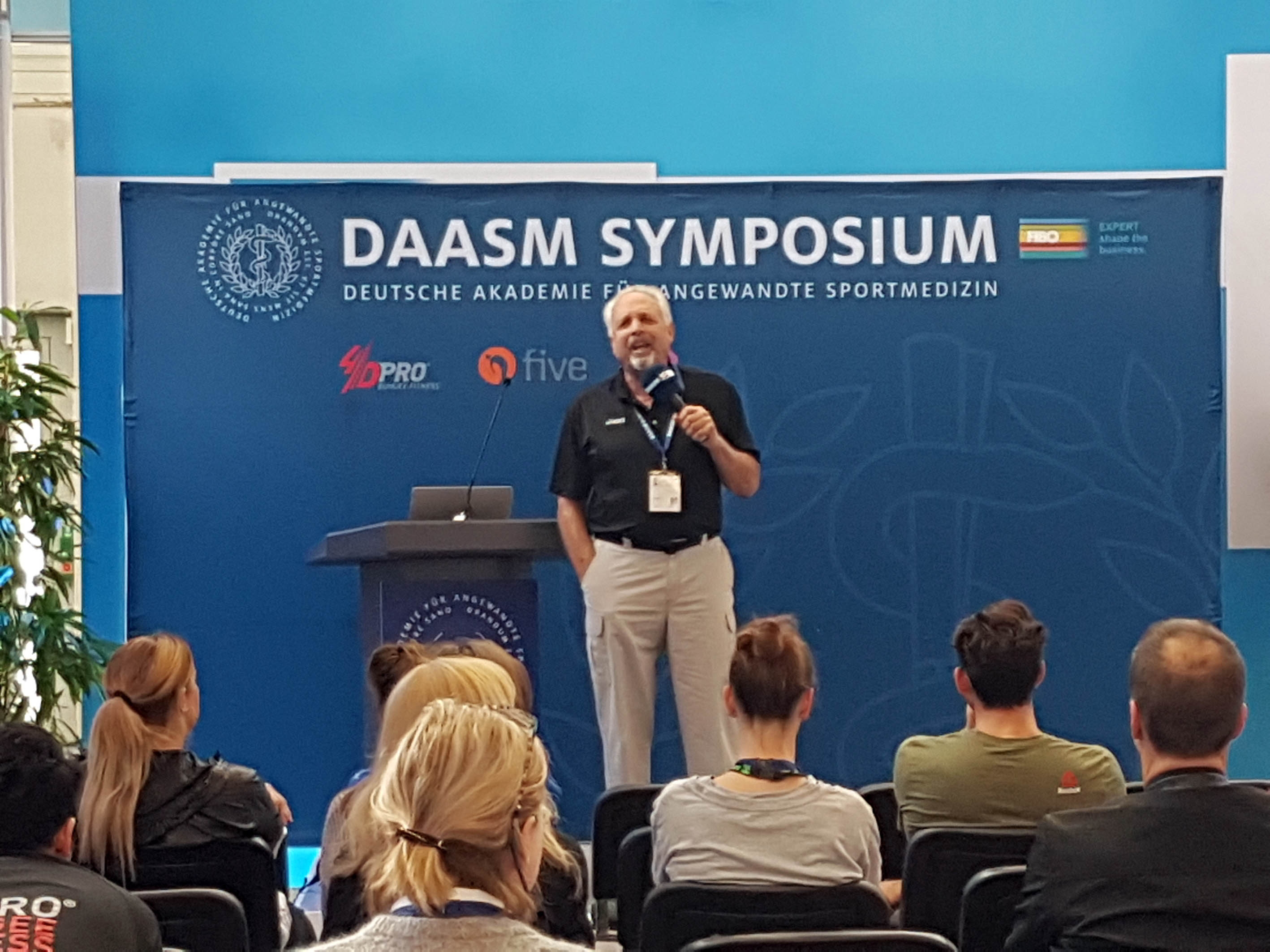 Vern Gambetta is considered the father of Functional Sports Training. Now director of the enterprise Gambetta Sports Training Systems, Vern Gambetta was a conditioning coach for more than 40 years in different sports at different levels. Moreover, he has been one of the founders of the USA Track & Field Coaching Education Program.
Vern Gambetta is recognized all over the world as a functional training expert; he also is a university teacher and a researcher in ones of the best institutes in Canada, Japan, Australia and Europe and an appreciated speaker at international conferences.

He started his professional career as a track&field coach and he worked in this field for 16 years. As he said on different occasions, his beginning were very important for his whole career because he considers that the principles of running, jumping and throwing from athletics are valid in every sport.
After his experience as a track&field coach, he coached athletes and teams of different genders, ages and levels, both amateurs and professionals, in a lot of different sports such as: baseball, basketball, swimming, softball, hockey, tennis, soccer (he has been the coach of the USA national team) and American football.

Apart from his experience on the field, Vern Gambetta is a teacher, a researcher and author of 11 books about functional training.
His philosophy can me summarized into his quote “Coach the best to be better” and his recipe for success in 5 steps:

In his speech on the 8th of April at the FIBO 2017 convention, Vern Gambetta suggested to the participants, personal trainers and conditioning coaches, not to specialize in anything.

“You cannot be a coach of just one sport”

A function, said Gambetta, is what allows you to “combine multidimensional movements: up, down, side, turning…”

“What is functional? If you are alive, anything you do is functional. Depending on what the person does, every person has different functional exercises right for him/her. The role of the coach is to find out the perfect functional training for everyone.”.

One of thing Gambetta underlined few times during his speech was the importance of not following predetermined work programs, but he suggested to follow protocols in a progression.
He encouraged the attendants to follow a progression after evaluating the starting situation and the point to reach with the training; once all these variables have been settled, you could define the steps to take to progress and improve.
Thanks to the work progression, the number of injuries may be reduced, with a prevention system.
Mr. Gambetta said that in the United States, very often they carry out operations for the injuries recuperation that would not be necessary. Moreover, when there has been an operation, the patient has to follow some steps based on a recuperation program anchored to a calendar.
Mr. Gambetta considers that this modus operandi is incorrect, due to the fact that human body doesn’t follow any calendar and the recovery processes are different for each person and progress in different ways.

“In functional training it is extremely important the context in which it is gonna be done: who is going to do it? What sport does he or she practice? You cannot think that every exercise is valid for everyone.”

According to Mr. Gambetta, one of the biggest mistakes that are made nowadays is that the same exercises are proposed to any user. The simple fact os being functional training does not make it suitable for any person indistinctly.

Dr. Gambetta commented that there are three kinds of functional training:
– general
– special or specific
– imitating

The fact that the training is specific to a certain sport does not mean that it has to imitate it, it just has to be appropriate to the sport we are considering.
Mr. Gambetta added that it is not correct to warm up before doing a functional exercise; what you will have to do is a preparation where the body has to be coordinated and connected in order to work at its best.

Vern Gambetta appealed to the attendants with the following words:

“Think, think, think. Analize. See and listen. And use your imagination, the software “brain” is what really matters in order for the training to be correct”.

He stated that he has always guided himself with “evidenced based practice”, even though he trusts in science.
“If something works, it is probably the correct one. If it doesn’t, then you will have to re-evaluate the steps of the progression”.

To sum up, there are no functional exercises correct or incorrect, but situations and people. A good trainer is the one who analyzes the athlete he works with as one and only and he lead him/her to the training in the perfect way in a personalized way.

Inertial exercise and its 10 most important benefits